A range of different initiatives and activities took place in Italy recently aiming at supporting animal shelters, raising awareness of pets at work and giving substance to the mission of making the world a more welcoming place for pets.

Purina – through its brand Friskies – is supporting ENPA since 2014 with food raising activities and since 2017 with the donation of mobility parks. A mobility park has the primary objective of socialization between the potential owner and a dog of the shelter. On the 2018 World Happiness Day, Purina Friskies donated five mobility parks (called “Happiness Parks”) to ENPA shelters, in order to ease adoptions. In total (2017+2018), we donated 10 mobility parks, located in 10 different ENPA shelters in Italy.

Moreover, each year Purina realizes the internal calendar featuring employees and their pets. Since 2014, they ask employees to send their pictures for the calendar and for each picture received, they put in place one distance adoption with ENPA. Each participant is then receiving the written declaration of the distance adoption.

Lastly, every year since 2004, Purina run the petcare educational campaign in primary school “A scuola di petcare”. For the 2017-2018 edition, Purina donated 20 ENPA distance adoptions to the 20 best classes participating to the A scuola di Petcare contest.

Purina objective in 2018 was to raise the awareness of Pets at Work among pet lovers and of the Alliance among professionals. On the Take Your Dog At Work Day in June, Purina organized an external event about welfare to raise awareness and engagement among professionals (mainly HR/Int.Comms) about Pets at Work, being this latter a best practice of welfare. In addition, Purina put in place a media campaign to promote Pets at Work on a wider consumers target, featuring its employees, as ambassadors of the project. During the event called “Welfare and Workplace: the wellness starts from the workplace”, Purina invited companies to share their best practices about welfare and we presented ours: Pets at Work. 33 companies took part to the event and had the opportunity – at the end of the roundtable – to visit Purina pet-friendly offices and see Pets at Work “live”. With the media campaign Purina reached 14.5 mio people through TV, Radio, Print, Social (Facebook and Instagram).

It is an educational program about petcare dedicated to the children attending the primary schools. The school year 2017-2018 edition involved more than 3.000 classes around Italy. The kits are distributed in primary schools by Purina editorial partner. The editorial partner promotes the program at the beginning of the school year (i.e. in September). The target of the communication are the primary school teachers. Teachers can apply to receive the “A Scuola di Petcare®” kit to rollout the program in their class.

For the 2017-2018 edition, the kit was composed by a guide for the teachers with the contents for the lessons and the suggestions for interactive exercises and role-play games; CD for the LIM; poster to be showcased in the class and cards to explain to children families how the program works. Each year there is a contest for the classes. The theme of the 2017-2018 edition contest was “A fantastic adoption”: children had to create their own story about a fantastic adoption. The first 10 classes win a lesson with the dog trainer and his dog; the first 20 classes win an ENPA distance adoption donated by Purina, so they can have their “mascotte”.

Pictures of classes who have won the contest and so the lesson with the dog trainer and her dog: 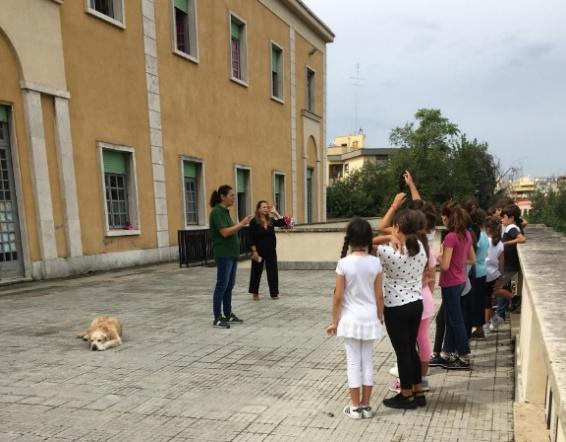 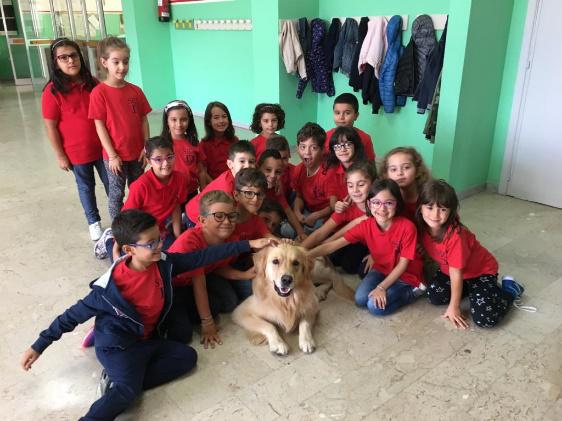 What Purina call its “Transparency journey” is a range of initiatives aimed at giving visibility to the great things they do as a company, in a transparent way, in order to build familiarity and trust.

As far as Italy is concerned, in 2017-2018, our journey has included the following initiatives:

On the occasion of the Take Your Dog To Work Day 2019, Mars Italy opened the doors of its pet-friendly office in Milan to a selected panel of leading companies for the 1st (positive) Contamination Workshop, with the intention of “infecting "Good practices and facilitate the work of other organizations wishing to explore the possibility of adopting a pet-friendly policy. The initiative, in line with Mars's mission to make the world - and cities - a better place for animals, saw the participation of 25 companies, of which more than 20 have signed the Charter of Intents “Better Cities For Pets ”, signing the commitment to spread the summary of the workshop contents within its sphere of influence, encouraging the practice of pet-friendly office in the most suitable contexts. Participants also received the toolkit developed by Mars to illustrate the first steps needed to approach this practice to interested entities.
Mars chose Milan for the first edition of the Workshop: a city where business life represents the everyday life of so many people and families and a pet friendly policy can really have a significant impact. 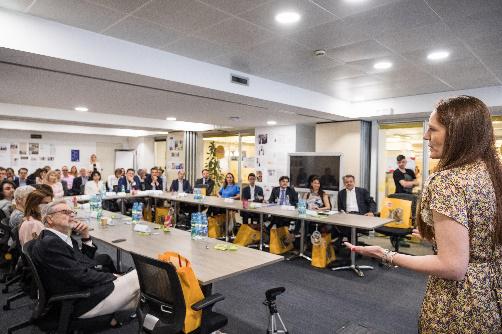 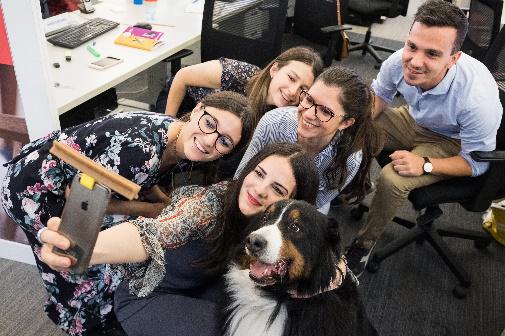 Mars Petcare, as part of its international BETTER CITIES FOR PETS program aimed at giving substance to the mission of making the world a more welcoming place for pets, participated in the first Milan Pet Week, a week dedicated to pets with events and initiatives of great social value, open to all pet-lovers and pet owners. For the occasion, Mars Petcare brought the expertise of its experts to the city to make it available to the citizens, promoting responsible ownership of pets. Mars’s Pet City Point, set up for 4 days at the Indro Montanelli Park in Milan, welcomed so many owners or aspirants, who were able to ask the Mars’s dog trainers for a personalized 360-degree consultation on the management of their dog or how to make the best choice to accommodate one. A success that confirms the importance of a "conscious" coexistence with your 4-legged friend. 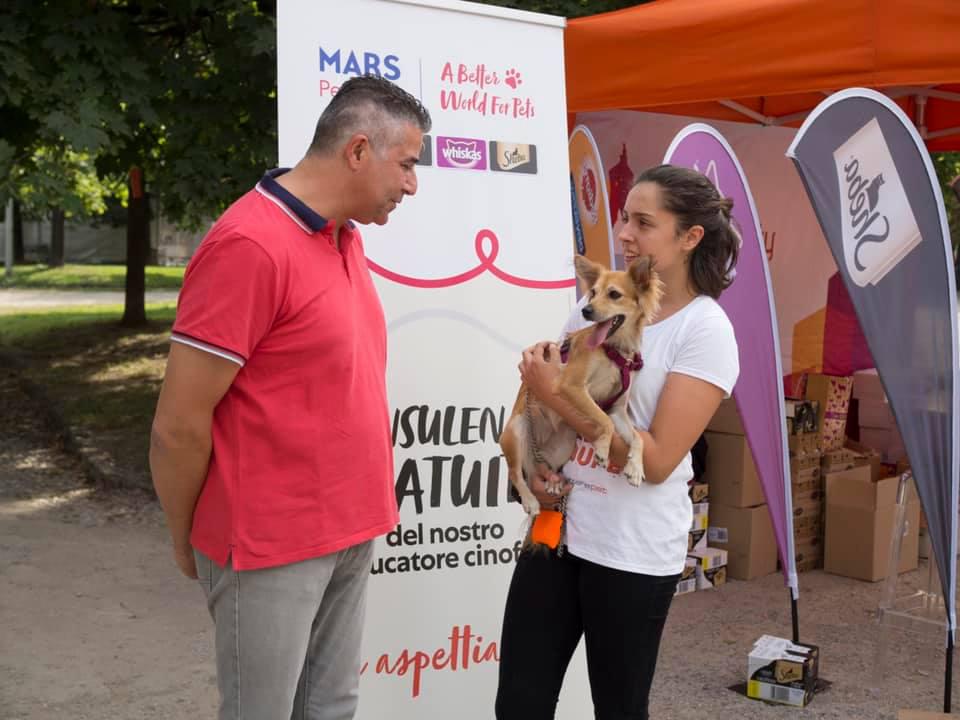 20 years of Solidarity with Schesir

Schesir has always had at heart the support for the realities that take care of cats and dogs abandoned at the local level: to meet the increasingly numerous requests for help that are addressed to the company every day by volunteers from all over Italy, Schesir has decided to launch the new initiative "20 years of solidarity with Schesir". From April 5th to 30th the associations have uploaded their projects to the web bulletin board. The public voted its favorite project from 1 to 15 May. The 20 projects that received the most votes moved to the final selection by a jury composed of the company and other industry personalities. On May 24, the 3 projects judged worthy of receiving the cash prize made available by the company (€ 4,000 in total) were communicated, while the other 17 finalist projects received an award in Schesir food, for dogs or cats depending on the category in which the association has registered (= 120kg dry dog ​​/ cat each, in total more than 2 tons).

Effeffe and its Social Commitment

Effeffe is involved in a project to enhance the role of the pet in companies with particular reference to the local territory. For this reason, the company sponsors an e-book called "Life on 6 legs" in collaboration with Leidaa, the Italian Animal Defense and Environment League, which is now available on all official platforms and has a guide with rights, duties and advice for the good behavior of a pet owner.
The company also works concretely by organizing events for the development of the territory and the education of pets in society. The "Pet Show" held at the Castello Visconteo in Pavia on September 15th, in collaboration with the Municipality and Confindustria of Pavia, was an opportunity to invite trainers to teach basic commands to pet owners, thus favoring respect of the environment in which we live daily.
Activities organized in collaboration with the Municipality and local institutions also include donations of croquettes for kennels and participation in local initiatives, the last of which is the event “Domenica Bestiale”.

Adragna Pet Food for "The heart behind the Industry"

Among the initiatives with the greatest impact in the social sector, we recall the one launched in 2015 with the initiative "One Meal leads to another", in collaboration with Radio 105, Radio Monte Carlo and Virgin Radio. It has set itself the goal of doubling the donations made every year to the kennels and associations that take care of dogs and cats in difficulty and to launch an awareness message so that the phenomenon of abandonment is fought more effectively by linking the donation of meals to the purchase, by its customers , of a product package of the Naxos® Super Premium line. Another initiative started in 2018 is "A 4-legged basket", through the sponsorship of the ASD Libertas Alcamo basketball team the company has donated 3.747 meals (data updated to 10 June 2019) for the kennels and shelters of the territories adjacent to the teams faced by ASD Libertas Alcamo during the Serie C Silver Sicilia championship. For the 2019/2020 season the initiative "A 4-legged basket" has been extended to all the matches of the Serie C Silver Sicilia basketball championship: the donated meals will be counted taking into account the sum of the points scored during all the matches of the championship. The initiative will be presented to the press during the coming weeks at a designated location in the Sicily Region and will be followed by a dedicated campaign on social media. 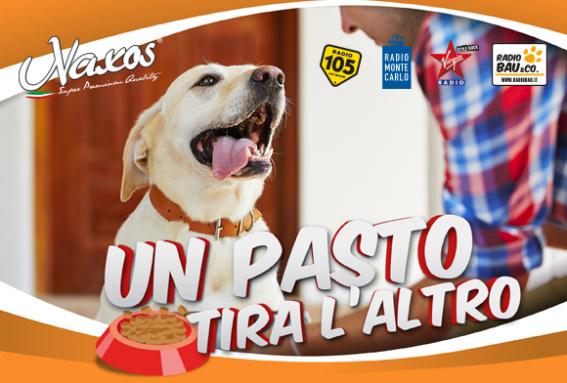 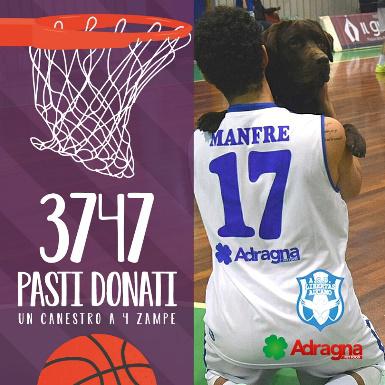 Hill's Pet Nutrition Project: “Together is worth double”

The "Together is worth double" initiative launched by Hill's Pet Nutrition and ENPA (NON-PROFIT NATIONAL BOARD FOR THE ANIMAL PROTECTION), on the “Produzioni dal Basso” crowdfunding platform, is an innovative charity created to support projects dedicated to less fortunate animals that ENPA has active throughout Italy.

The operation is simple: for a year and for the projects to which Hill's will adhere, the company will donate one euro for each euro donated through crowdfunding campaigns (until exhaustion of the overall budget) thus allowing duplication of the donation and allowing ENPA operators to have more economic resources available to carry out the projects and help the animals from north to south of the Peninsula. This is the first match funding initiative (donation matching) where a company and a non-profit organization find themselves creating a project together through crowdfunding. The first project - to which it is already possible to participate - concerns the completion of the only veterinary clinic in Lipari to resolve urgencies and veterinary emergencies for all the animals of the archipelago. 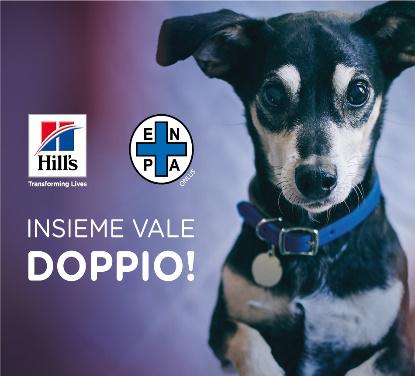 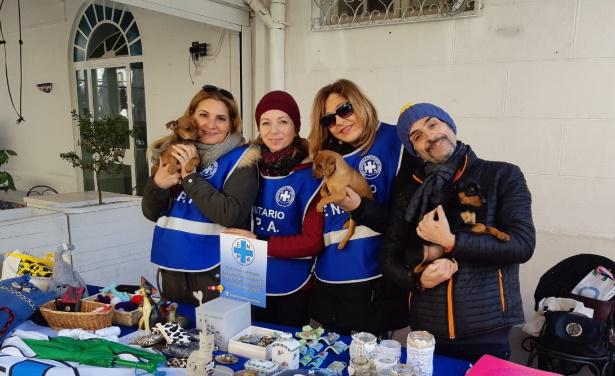 Hill's “Food, Home and Love” is Hill's global program to support animal shelters. Hill's collaborates with kennels and shelters 365 days a year to provide the best nutrition for animals in situations of need. The result? More and more healthy and happy animals find a home.

Since 2002, with its programs in favor of animals, Hill's has:

In Italy the project starts in 2017 through donation and adoption support activities carried out through digital campaigns, activities with customers and with veterinarians. To date, Hill's has donated more than 600,000 meals to Italy and contributed to the healing and adoption of Montina, born in a refuge in Olbia and a victim of osteomyelitis. 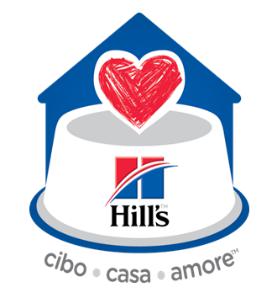 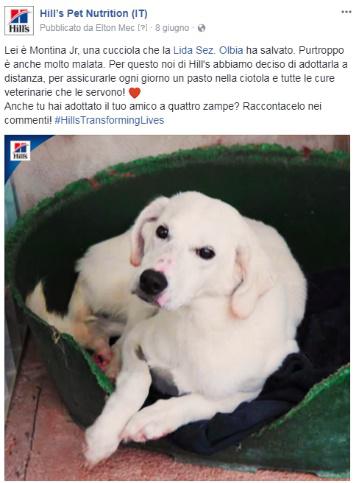 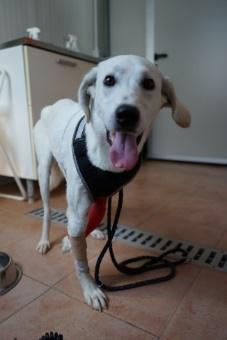 Finding Full Bowls and Loving Homes for Every Pet

Finding Full Bowls and Loving Homes for Every Pet
Adopted with heart, fed with Royal Canin